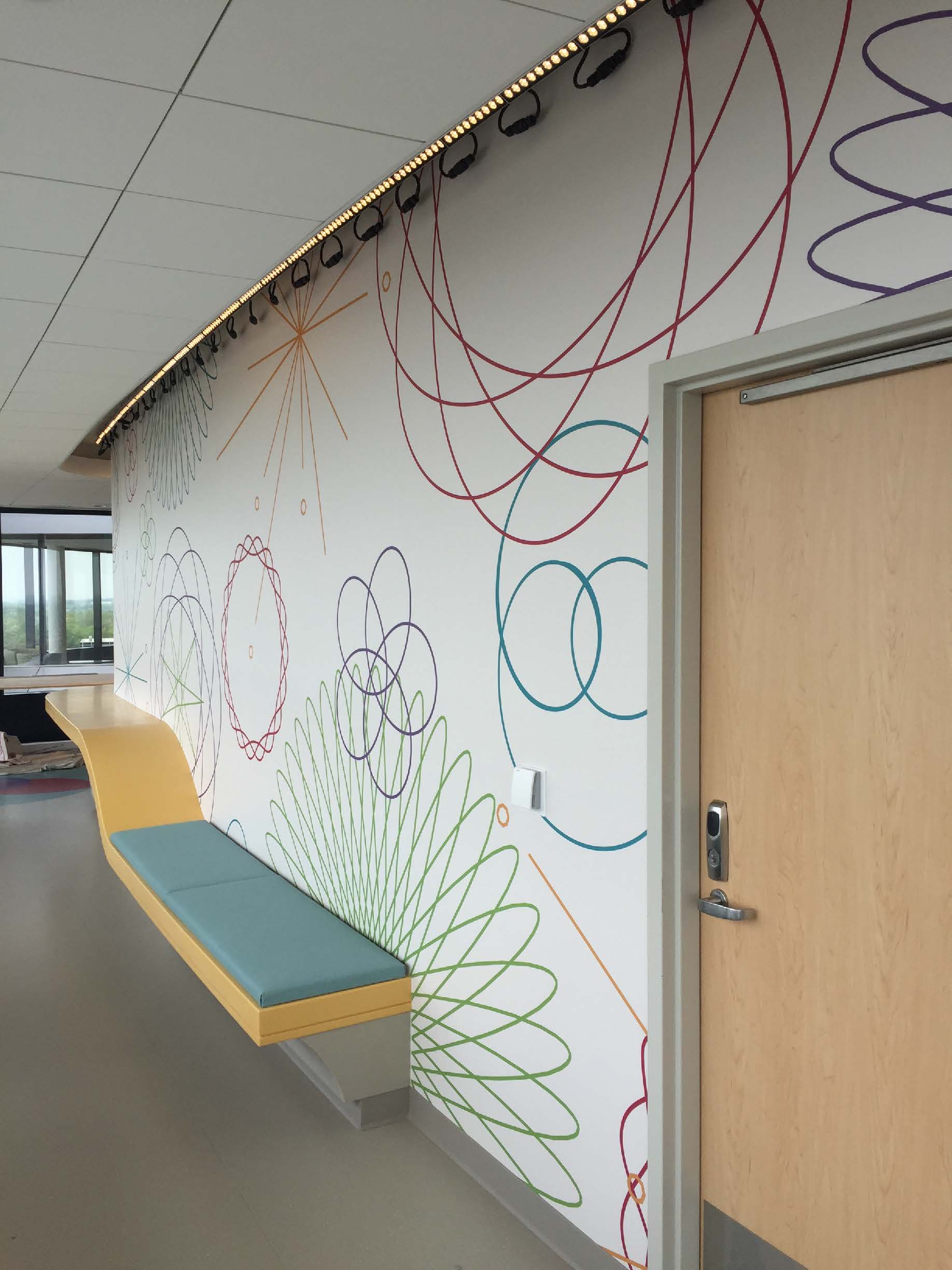 A few months ago our Commercial Sales Manager, John Jacob received a call from wall-covering manufacturer Carnegie Zurell asking if he could potentially fix a botched job. Something had gone awry in the process of hanging their product at the Iowa Children’s Hospital.

Exemplifying Hester Painting & Decorating’s commitment to service, he agreed to drive there and take a look. Once there, he realized that the graphics were incorrect. The walls had a number of curves making them difficult to measure. The original contractor measured incorrectly so the graphic printed incorrectly. John re-measured the project, re-ordered the product and personally ensured it was installed correctly.

Iowa Children’s Hospital was thrilled with the final product, and Carnegie Zurell relieved and pleased with the correction. See below for pictures of this amazing project.